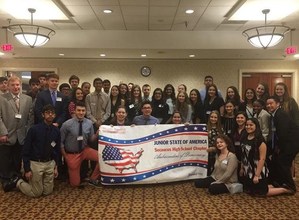 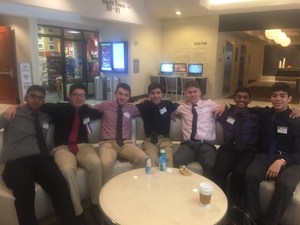 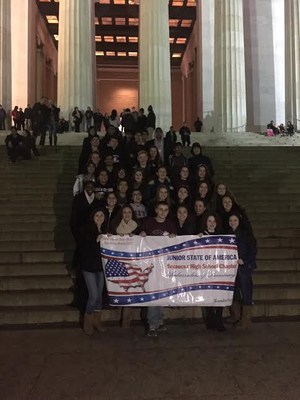 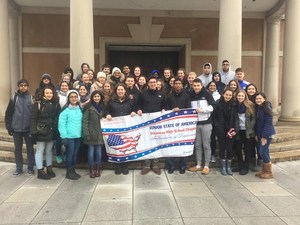 The Secaucus JSA chapter attended the 2017 Winter Congress at Washington DC from February 9-12, 2017.

The Secaucus JSA chapter was very enthusiastic about this year’s Winter Congress at Washington DC. From the early research and discussion about the many bills to be debated on Thursday to the closing ceremony filled with its jovial ambience, the Secaucus JSA brought their all. Every chapter member could agree that the weekend at 2017 Winter Congress was fulfilling and very distinctive this year. We were pleased to meet chapters out of the Mid-Atlantic region, Texas, and Puerto Rico and have the opportunity to be a part of such a fantastic organization. Some bills that led the weekend of political activism, leadership, and youth involvement were a bill to “Ban solitary confinement for juveniles,” a bill to “Make voting registration automatic in all 50 states,” and a bill to “Decriminalize all illicit drugs.” This added to the fact that a record 1263 JSA members were in attendance made for a very memorable experience for us all.